Jason Perdue Named MCC's Student of the Month for April

Madisonville Community College  is pleased to announce the selection of Jason Perdue as the Student of the Month for April. 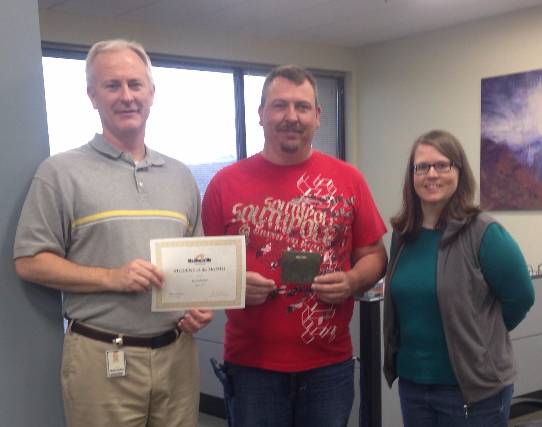 Perdue, of Madisonville, was nominated by the MCC Dean of Enrollment Management Aimee Wilkerson.  In the nomination, Wilkerson shared, “Jason has been our go-to student almost every Friday for the last two years. This year, he not only helped with almost every early college awareness activity, but he also stepped up when we were short on presenters, conducting activities with our visitors on more than one occasion. He always does so with a smile on his face and with enthusiasm. This year's visits would not have been as successful without knowing we could depend on Jason week after week.”  Perdue is majoring in Business Administration.

Perdue was presented with a “Student of the Month” certificate and a Barnes & Noble $50 gift card on April 21 in the MCC Enrollment Center.