Magic and Music are in the Air at the Glema! | MCC

Magic and Music are in the Air at the Glema!

Madisonville Community College’s Glema Mahr Center for the Arts has established a reputation for presenting a wide array of artistic genres, from string quartets to rock & roll. “The Fall 2017 season is no exception.” explains Center Director Brad Downall.  “The audience will be wowed with the magic of Mike Super, floored by the brilliance of the Attacca Quartet, and taken on a ‘Free Ride’ with The Edgar Winter Band.”

The Center Stage Series, the Family Special, both Special Events and Hopkins County Combined High Schools’ production of West Side Story will be set in the Glema’s 1,018 seat auditorium, while the Chamber Music and Coffeehouse Series has the audience seated on the stage in an intimate setting.

The Center Stage lineup, sponsored by Baptist Health Madisonville, Old National Bank, Hopkins County Tourist & Convention Commission, and Watermark Toyota, includes The Edgar Winter Band on Friday, October 6, Kathy Mattea on Thursday, November 2, and a Christmas concert with country icons Kellie Pickler & Phil Vassar on Friday, December 8. The Glema’s US Bank Family Special is sure to be a hit with all ages as America’s Got Talent Finalist Mike Super astonishes with his magic and illusions Thursday, September 28 at 7 p.m.

First United Bank & Trust’s Proud Partnership brings you Hopkins County Schools’ production of West Side Story on November 17 & 18. Dulcimer virtuoso Aaron O’Rourke performs & conducts a workshop on September 30, and A Community Christmas, featuring the MCC Singers & area ensembles, graces the stage on Friday, December 1, to round out the season.

For additional information visit the Center’s webpage www.glemacenter.org, or call 270-821-2787.

The Glema Mahr Center for the Arts is located on the campus of Madisonville Community College, 2000 College Drive, Madisonville, KY, 42431.

Edgar Winter has been celebrated across the globe since his 1970 solo debut, Entrance. His early recording of “Tobacco Road” is a powerful, emotionally devastating masterpiece that propelled him into the national spotlight. In 1972, Edgar brought together Dan Hartman, Ronnie Montrose and Chuck Ruff to form The Edgar Winter Group, the legendary band that created such mega hits as “Frankenstein” and the ever-popular “Free Ride.” With over 20 albums and numerous collaborative efforts to his credit, not to mention his introduction of playing the keyboard around his neck, Edgar Winter has not been satisfied to ride the wave of popular music stardom. His music is always evolving, and he is a master at stretching his skill and imagination to produce amazing results. He continues to thrill audiences with his live performances, always remaining on the cutting edge of music and style, and his future looks even brighter than his past.

Grammy Award winning singer Kathy Mattea and her longtime collaborator, guitarist Bill Cooley, have shared one of Nashville’s most musically rich partnerships for over two decades. The duo meets as old friends, welcoming you into The Acoustic Living Room to share songs and stories near and dear to their hearts — including Kathy’s beloved classics such as “18 Wheels and a Dozen Roses,” “Where’ve You Been?,” and many other hits, plus a handful of more eclectic and often requested tunes from her extensive catalogue, and a sprinkling of brand new material, all reinterpreted for the duo format. Her 18 albums are woven through with bluegrass, gospel, and Celtic influences, and have garnered multiple CMA, ACM, and Grammy Awards. A genuine storyteller, Kathy draws inspiration from her Appalachian roots and is a torchbearer for often overlooked musical legacies like those of Hazel Dickens and Jean Ritchie. Her most recent album, Calling Me Home, is a collection of songs that celebrates the Appalachian culture of her native West Virginia and expands the vocabulary of acoustic roots music that has always served as her artistic center. 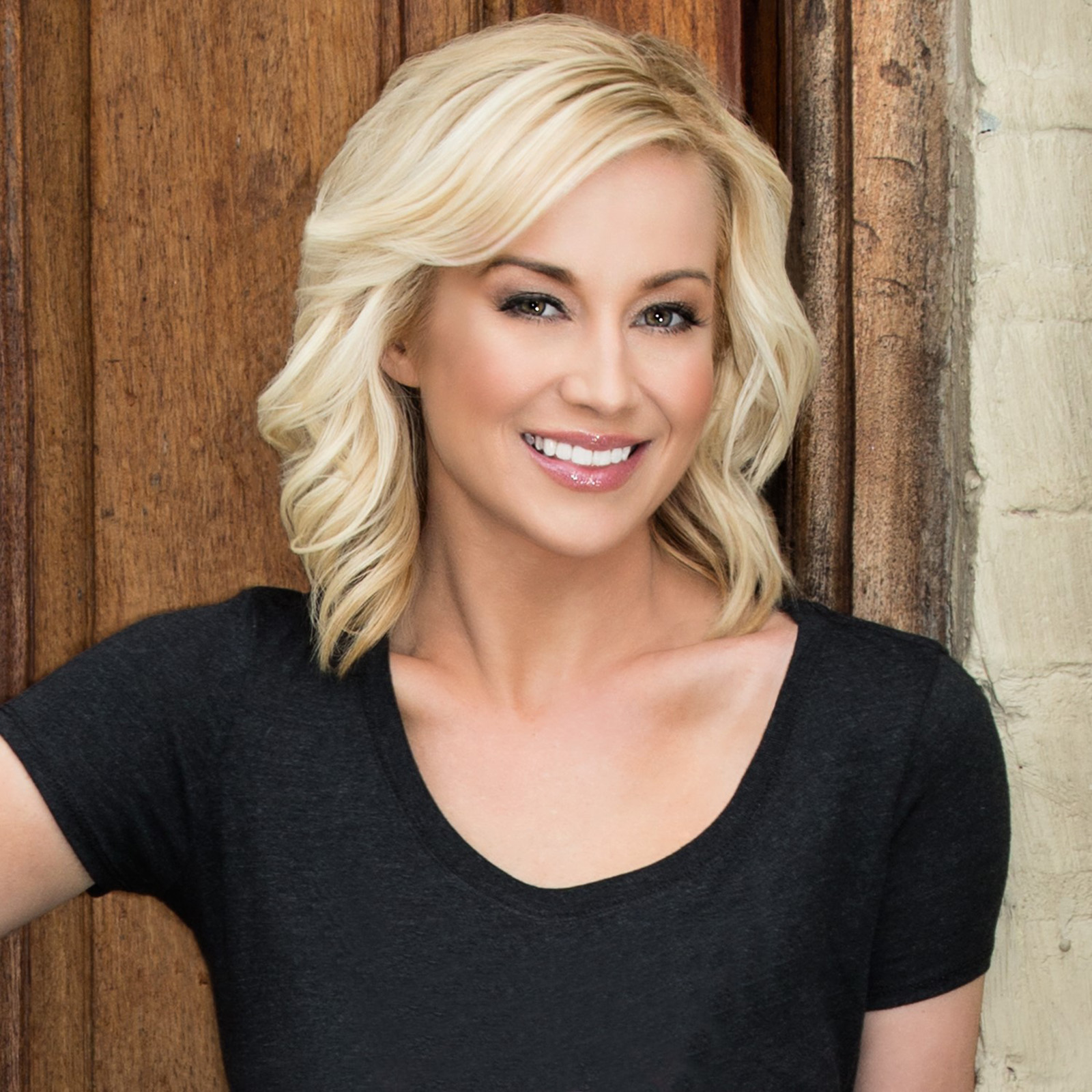 Kellie Pickler who gained fame on the fifth season of American Idol has established herself as an acclaimed artist of Country music and has become a media darling with her CMT docu-comedy series "I Love Kellie Pickler" which co-stars her husband, songwriter/producer Kyle Jacobs. Phil Vassar is one of a handful of musicians to have multiple hits as a songwriter AND as an artist. He has 10 Number 1s, 15 Top 10s, and 26 TOP 40s. Together Pickler & Vassar will light up the stage in a rare Country Christmas Tour that will harmoniously showcase their musical talents and unique voices. 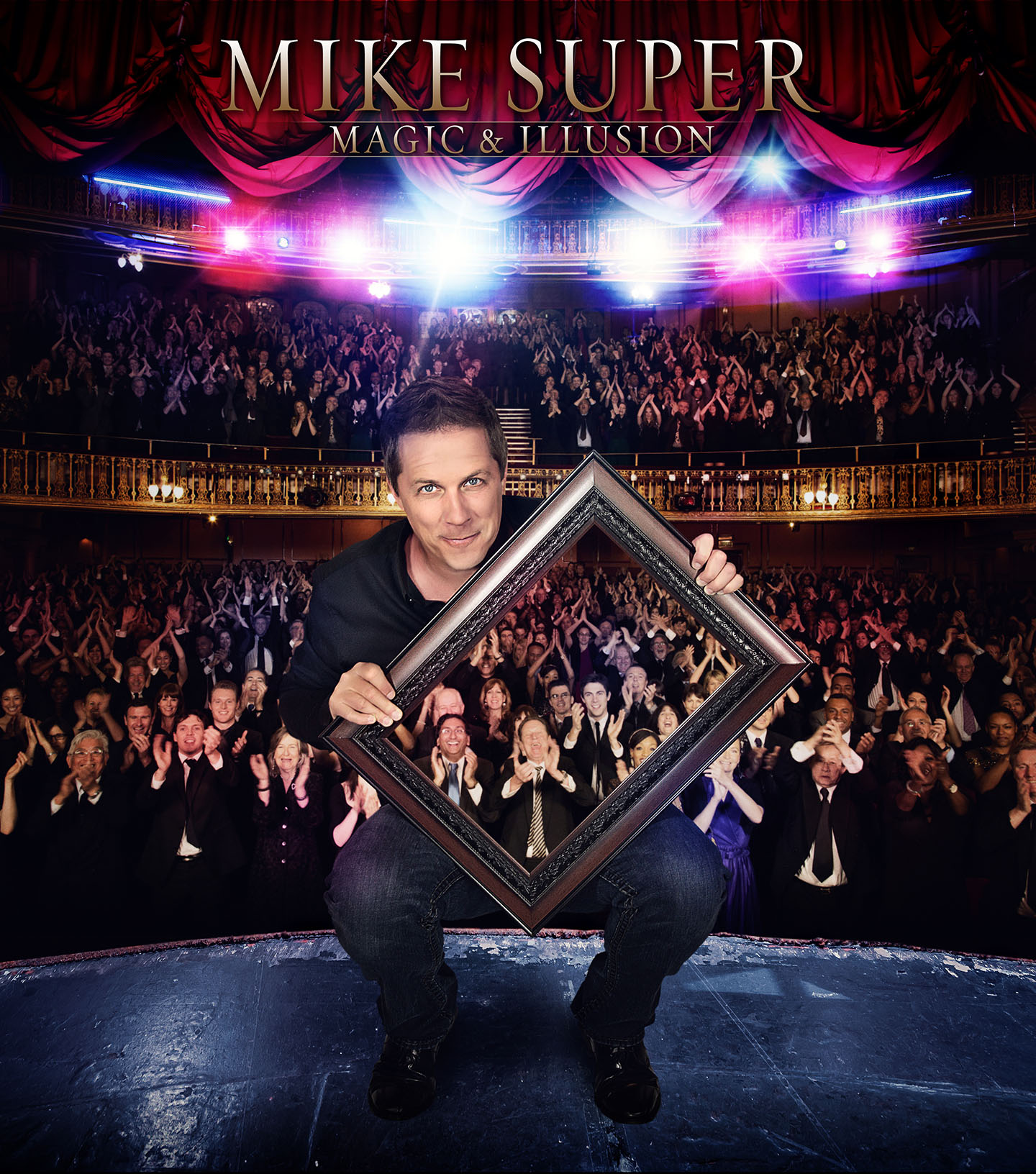 Illusionist Mike Super has astonished millions on television. As the winner of NBC's hit series Phenomenon and a finalist on NBC's America's Got Talent, Mike has been named 'America's Favorite Mystifier!" Through spectacular illusions and his down-to-earth style and personality, Mike Super has pioneered a new form of magic that transcends the “trick.” He has emerged as magic’s newest celebrity, with a legion of fans numbering in the millions. Take part in a mystifying, theatrical experience sophisticated enough for adults, cool enough for teens and magical enough for children’s imaginations. His magic bridges generation gaps and creates memories that will last a lifetime.
See your child float in midair...   See your mother in law disappear...        MORE AMAZINGLY see your teen smile!
Get your tickets NOW, before they disappear!

(This series is permanently funded by the Enduring Legacy of Mrs. Glema Mahr.)

Classical music observers say we're living in a golden age of string quartets. It's hard to disagree when you hear the vibrant young players in New York's Attacca Quartet. The internationally acclaimed string quartet has become one of America’s premier young performing ensembles and kicked off their 2016-2017 season as the opener for rock superstar Jeff Lynne’s ELO in two sold-out performances at Radio City Music Hall. Among their many accolades are several recordings with high-praise reviews and prestigious awards such as the Arthur Foote Award from the Harvard Musical Association and the Lotos Prize in the Arts from the Stecher and Horowitz Foundation.

Combining technical mastery, expressive depth and performance experience, pianist Alon Goldstein, violinist Ilya Kaler, and cellist Amit Peled have joined forces to form one of the most exciting trios on the international scene. Each virtuoso member of the Tempest Trio has a successful solo career; together, they bring vitality to the concert stage with their dynamic musical interplay and collaborative spirit.

Louisville vocal group Linkin' Bridge’s warm harmonies and emotional performances gripped hearts across the world during their amazing run on NBC's "America's Got Talent", where they finished as finalists on the last episode of the season. Members: Montre Davis-a cook, crooner and soul-singer, Big Rome Kimbrough-the vocal powerhouse and family man, Shon China Lacy-the rhythmic, gritty tenor and restaurant manager, and Ekoe Alexanda-the Renaissance man, musical arranger and versatile vocalist. Each has evolved on different and often difficult paths but these individuals have come together as one sound to inspire the hearts of many.

When it comes to jazz and blues, New Orleans is the city that gave and then kept on giving. The musical breeding ground for such giants of traditional jazz as Louis Armstrong, King Oliver and Jelly Roll Morton, The Big Easy also gave rise to a present-day giant, the pianist and singer Henry Butler – a super virtuoso and ebullient performer who embodies the buoyant spirit of his birthplace. Butler can play it all, from early to modern jazz, with plenty of New Orleans R&B peeking through.

From the first notes to the final breath, West Side Story is one of the most memorable musicals and greatest love stories of all time. Arthur Laurents' book remains as powerful, poignant and timely as ever. The score by Leonard Bernstein and Stephen Sondheim is widely regarded as one of the best ever written. The world's greatest love story takes to the streets in this landmark Broadway musical that is one of the theatre's finest accomplishments.

Co-presented by the Pennyrile Dulcimer Players and the Glema, Aaron O'Rourke will perform a concert following an all-day dulcimer workshop. Aaron has won the National Mountain Dulcimer Competition, the Florida Old-time music competition, and the Southeastern Regional Dulcimer Contest in Mountain View, AR.

The MCC Singers’ annual musical celebration ringing in the season which will include other community ensembles.